Welcome to the second installment of the Schatzalp History Blog! If you are a newcomer, you can refer to the first installment for the full introduction to the blog. Here I will just note that the Davos news items and guest list come from the Davoser Blätter, Davos Courier, and Courrier de Davos of 14 July 1939, printed as three different language sections of the same publication, which was offered every two weeks during the summer.

What was happening in Europe at this time 81 years ago that might have impacted those staying at Schatzalp? Well, lets start by looking at where the residents came from. There were 20 countries represented, with numbers as follows:

Any German Jewish guests would undoubtedly have been greatly alarmed by the closure of all Jewish businesses and organizations in Germany earlier that month. With their families and livelihoods in danger, they might have felt compelled to rush home despite the threatening environment. But, as things stood, there had only been one German departure in the previous two weeks — a certain Frau Lotte Ingham.

There were no Polish citizens in residence at that time, but the whole world was watching the escalating tension in Danzig/Gdansk. On 3 July, Neville Chamberlain told the British House of Commons that “intensive” military measures were being taken there, and a few days later, on the 9th, thousands of Nazis came together to hold rallies in the Free City. In short, everything pointed to an imminent armed conflict.

Meanwhile, Britain had its own problems. On 16 July, the leader of the homegrown fascist party, Sir Oswald Mosley, gave an anti-Semitic, ‘Britain-First’ speech to a crowd of 20,000, declaring that his countrymen would never go off “to die like rats” in Poland. We don’t know how the English men and women at Schatzalp felt about that, but one suspects there might have been some tension between them and the Irish residents, since the British government was preparing to take new steps in its battle with the IRA. On the 24th, a new bill to that effect was read in the House of Commons, and two days later, on the 26th, bombs went off in London and Liverpool, at a total cost of one dead and twenty injured.

Of course, we are living through strange and tense times ourselves, with a worldwide pandemic and nationalist rallies being held in certain places, especially my own native land. I thought often of both of those things during my period of Covid 19 ‘exile’ at Schatzalp, knowing that previous residents had had similar worries.

Meanwhile, however, no alarm, or even acknowledgement of the world situation had as yet appeared in the Davoser Blätter/Courier/Courrier, albeit the fear and tension were as acute in Switzerland as anywhere else in Europe at that time.

It had been a slow couple of weeks for sports and other local public events, so the Courier ran an article on “The Alpine Rose”, the Courrier wrote about “Bâle” and “Les premiers habitants de Davos”, and both the Courrier and the Blätter noted the publication of two books that might be of interest to French and German readers, respectively. So, if you have a fancy to read what your Schatzalp predecessors might have been reading at this time 81 years ago, look for “La vie tragique de Vincent Van Gogh” by Belgian author and politician Louis Pièrard, or “Alles Mögliche” by Baltic German author Sigismund von Radecki. The latter can be found on Amazon’s German website. The former is apparently more difficult to come by, though, of course, there are many biographies of Van Gogh available for those seeking a good holiday read.

In the previous installment, I noted a big decease in Schatzalp guest numbers between 5 and 19 May, speculating that growing European tensions might have had something to do with the exodus. So I was quite surprised to see the jump from 83 guests on 30 June to 100 (52 women and 48 men) on 14 July! Only two people left during that interval: Mrs Ingham, and Mrs Winifred Tyson of England. Mrs Tyson’s visit was so short (no more than two weeks) that she was probably just visiting someone, though it’s possible that she succumbed to war anxiety and left earlier than originally intended.

During the same period there were a robust nineteen arrivals, with four each from Germany and England, two each from Belgium, Switzerland, Portugal and Yugoslavia, and one each from Romania, Italy, and Holland, so the north, south, east, west, and center of Europe were all represented.

Why the influx? Well, as those of you who are currently in residence know, July is beautiful in Davos, particularly at Schatzalp. So it would have been a great time to pay a visit to a spouse or other family member. From the guest list we see that Baroness Pauline d’Hooghvorst joined Baron Victor d’Hooghvorst (who was either her brother or her husband), Herr Olimsky joined Frau Olimsky, and there is a Fonseca, a Sequeiro, and a Wallach among the newcomers, each of whom match a person of the opposite sex bearing the same name. We can’t be positive they were spouses, but the likelihood is high.

It is also true, of course, that we can’t state positively that they were there on visits. There are other possibilities — one happy and the others very sad. Relatives might come to reclaim the lucky man or woman whose health had been restored and who would now be returning to his or previous life. Conversely, they might come to hold vigil at the bedside of a dying loved one, though that happened less often than one might think. Schatzalp was not a facility for the moribund, but for those who had a decent chance for survival and could still benefit from active medical intervention. None of the sanatoria in Davos could afford to have high death rates, so hopeless cases were refused, and those whose health degenerated during their stay were, if possible, transferred to establishments that specialized in hospice care. Let us hope, then, that the Baroness d’Hooghvorst, Herr Olimsky, et al., were not there to escort their loved ones to such a facility! In the next installment we will get a clearer picture of what happened, based upon the presence or absence of the above-mentioned individuals. We know so little about most of them, and yet I find it fascinating to follow their names through the successive lists.

Also among the newcomers were a Frau and Fräulein Bohn from Yugoslavia (mother and daughter, presumably), and an unattached lady from Palermo by the name of Rosalia Termini, who would soon be dubbed “Lia” by a certain Russian admirer due to arrive in August.

Speaking of that mystery gentleman (whose identity is probably not a mystery to most of you), the aristocratic contingent at Schatzalp had grown by one with the arrival of Baroness d’Hooghvorst, bringing it to a total of seven titled individuals.

Readers of the previous installment will recall that I like to end the blog with a biographical sketch of one the residents. Last time it was Dr Hans Conrad Bodmer of Zurich, a man who left to posterity a prodigious and invaluable collection of Beethoven memorabilia, and was just the kind of interesting — not to say quirky — individual whom Schatzalp attracts to this day.

Our spotlight now falls on Baron Victor Marie Antoine Ghislain van der Linden d’Hooghvorst, a Belgian aristocrat with an impressive family tree. His maternal grandfather, for instance, was one Napoléon Maret, Duc de Bassano and Comte Maret. Victor was born on 5 May 1878, so at this time 81 years ago he was 61 years old, dispelling the myth that only young people suffered from tuberculosis. It is certainly true that the disease tended to attack people while they were still young, but as immune systems weakened with age, latent infections would sometimes activate, and that may well have been the case with the Baron. By 14 July 1939 his days were definitely numbered — he would die at Schatzalp on 16 December 1942 — but clearly he was not yet considered beyond hope. We don’t know for certain whether the Baroness P. d’Hooghvorst who came to see him was his sister Pauline or his wife Marthe (née Descantons de Montblanc). Errors of various kinds do occur on the list, so the initial “P” perhaps should have been an “M”, but it seems more likely that the “P” was correct, even though Pauline d’Hooghvorst, an unmarried woman, is referred to in the guest list as “madame”. At any rate, Victor d’Hooghvorst’s mother, the original Mme Baroness Pauline d’Hooghvorst, was deceased, so it could not have been her!

If it was indeed Pauline rather than Marthe who turned up at Schatzalp, it may be that the latter was too busy preparing for the upcoming marriage of her and Victor’s only son, Emmanuel, and if Victor is briefly absent from the guest list in August, we’ll know why — let us hope, indeed, that he was able to attend that important family event.

Like their mother and brother, neither of Victor’s daughters — 24-year-old Marie Emilie and 11-year-old Jonkvrouwe — appear on any of the 1939 guest lists, but perhaps the entire family will turn up in 1940 (if travel was still possible for them).

As for Pauline, she must have been a person with a lot of interesting stories to tell, though we know little enough about her. Her birth and death dates are not recorded on any of the genealogical sites that provide the basic details of Victor’s life, but they do confirm that she never married, being attached, as it turns out, to the household of Princess Clémentine of Belgium, whom she served as a Lady-in-Waiting (Hofdame). By 1939 the Princess had already been a widow for over ten years, but as a young woman she had had a Romeo and Juliet romance with Napoléon Victor Bonaparte. The marriage was forbidden by her father, Leopold II, who could not stomach the idea of a Bourbon marrying a Bonaparte, but, after his death, her cousin, now Albert I, decided to allow it, and it seems to have been a true love match.

The Belgian Royal Family had a special connection to Davos through Leopold III, who was an avid skier and apparently considered it his winter sport destination of choice. It’s a pity he was there at a different time of year from Pauline d’Hooghvorst, whom he undoubtedly knew.

So that’s a little portrait of two members of Schatzalp’s ever present contingent of aristocratic guests. How can we honor the memory of Victor and Pauline d’Hooghvorst this week? Since we know nothing about their personal tastes and habits, I have nothing specific to suggest, but spare them a thought as you tread the same ground they did 81 years ago.

And now I will conclude, as always, by providing the complete guest list for 14-27 July 1939 (with new arrivals in bold type). Thank you for visiting, and please come back on 28 July for the next installment of the Schatzalp History Blog!

*It is certainly unlikely (though not impossible) that were two Fernando Madureiras in residence at Schatzalp, as listed here at positions 73 and 77, so that may well have been an error. 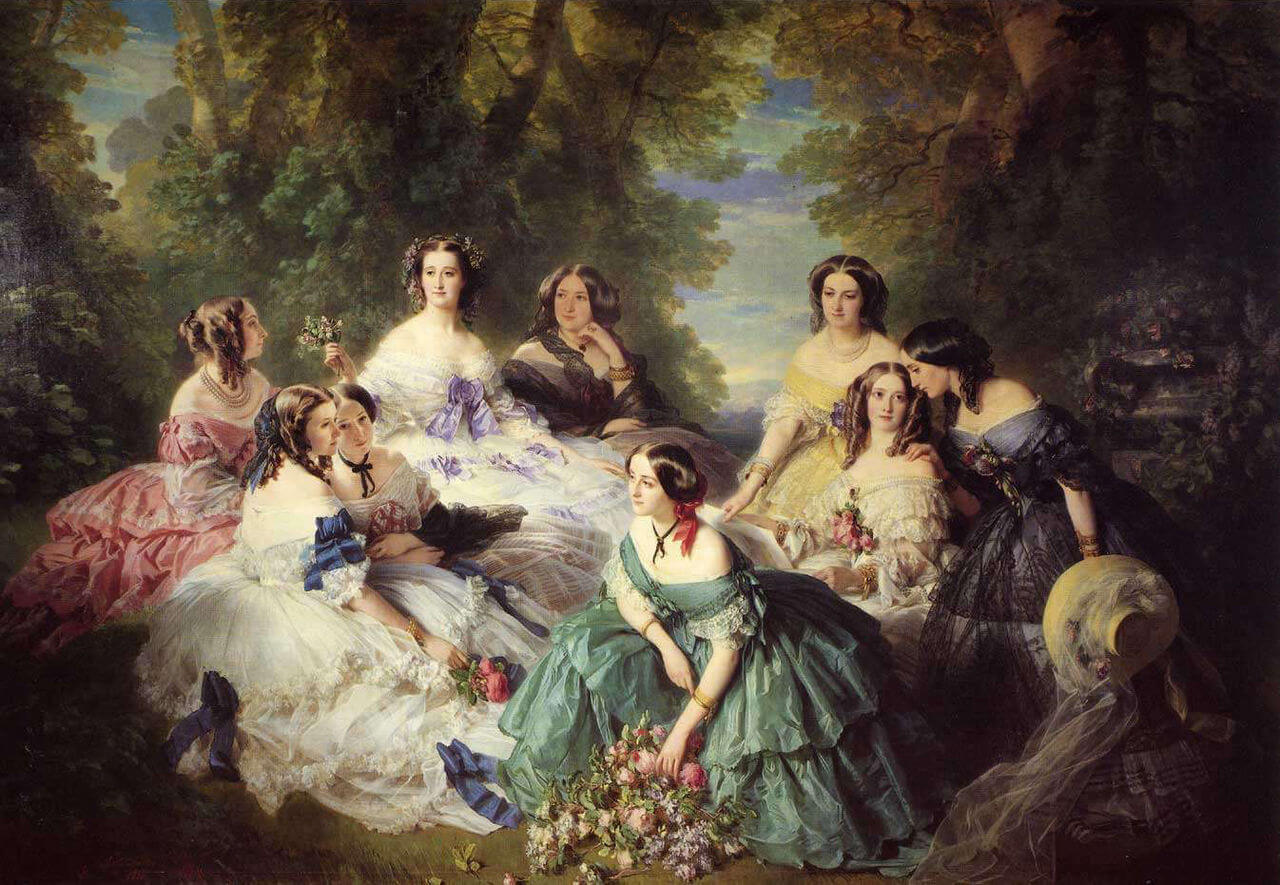 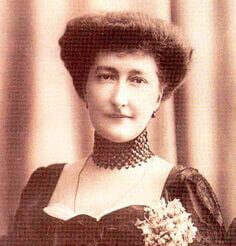